We hope you’re warm, well, and looking forward to some time with family and friends.

We wanted to make a quick post about a couple of things: infrastructure, inflation, and taxes.

What does that mean for the economy?

In the short term, some of the infrastructure funding will go immediately toward clearing port and transportation bottlenecks, so that might help improve supply chain issues.1 Fingers crossed.

Though it could be years before we drive across a new bridge or highway funded by the bill, some of the maintenance funds could get used in spring construction blitzes.2

Since the job market is already tight, the economy isn’t likely to see an immediate surge in hiring due to infrastructure spending; however, multiple reports suggest ~800,000 new jobs could be added by 2030, though many of them will be temporary rather than long-term jobs.

Economists don’t think inflation is likely to increase due to the slow pace of spending, though the deal is projected to add $256 billion to the federal budget deficit over the next 10 years.

Prices are up all over, and folks are understandably upset at paying more at the grocery store, gas station, and most everywhere else.

Many analysts hoped that data blips, supply chain clogs, and other pandemic-related disruptions were creating a temporary spike in inflation that would resolve soon.4

However, inflation has remained stubbornly high. 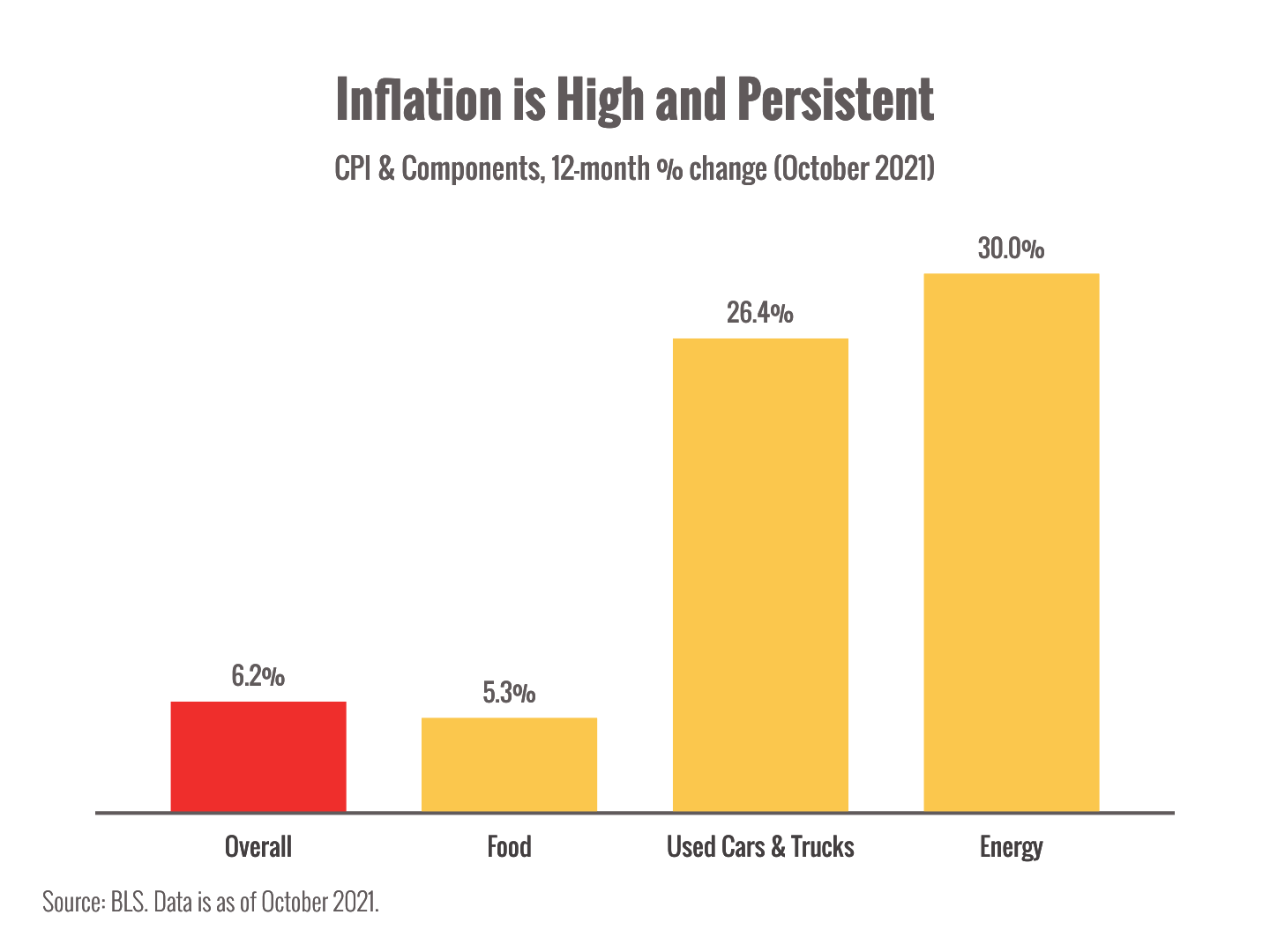 In the U.S., prices have increased 6.2% over the last 12 months — the biggest spike since November 1990. And you can see in the chart that some categories measured by the Consumer Price Index (CPI) have soared by much more.5

Since the Fed’s goal is to keep long-term inflation around 2% (and that’s what we’ve experienced this century), folks are concerned that “temporary” inflation is lingering longer than we want.

That’s likely, but how much, how fast, and for how long depend on a lot of global factors, including whether the Fed raises interest rates or takes other actions.

We’re keeping an eye on it.

That’s the question of the month on Capitol Hill as lawmakers debate the Build Back Better deal that could come with tax law changes.

We don’t know when (or if) the bill will be passed, but we’re watching closely and will update you when we know what’s likely to happen.

This information is not intended to be a substitute for specific individualized tax advice. We suggest that you discuss your specific situation with a qualified tax professional.

We've got a quick post about markets and elections for you. First,…Read More

We've got three small wins for you this week. When it seems…Read More